By Kathy Groob ~ A steamy summer evening at a lovely home on Sarasota Bay, was the setting for over 50 women coming together in support of Ruth’s List’s 2022 Suncoast region’s political candidates. Ruth’s List, founded in 2008 by Florida’s former Chief Financial Officer Alex Sink, is the state’s only political organization that recruits, trains and supports Democratic pro-choice women to state and local office in Florida. The June event featured powerhouse political leader Barbara Zdravecky, kicking off the evening’s program by introducing candidates for the Florida General Assembly, school board and city commission.

President and CEO Lucy Sedgwick leads Ruth’s List’s slate of 94 endorsed candidates for 2022 along with her staff of 10. With a 68% win rate, the group is poised to help pick up Democratic seats in the State House and Senate. Tampa Florida Senator Janet Cruz stressed the importance of holding critical Democratic seats, while House candidate Lindsay Cross talked about critical environmental issues facing Florida. Newcomer Jen McDonald is an endorsed candidate running for Florida State House Dist. 65 on a progressive platform. She inspired the crowd with her ideas and energy.

Ruth’s List was founded in 2008 by the Honorable Alex Sink, who at the time served as Florida’s Chief Financial Officer. With women underrepresented in all levels of public office across the state, Alex saw a great need to build the bench of dynamic women leaders to serve in state and local government.

Ruth’s List is named for Ruth Bryan Owen, the first woman elected to Congress from the South. She ran office in 1928, only eight years after women were given the right to vote. 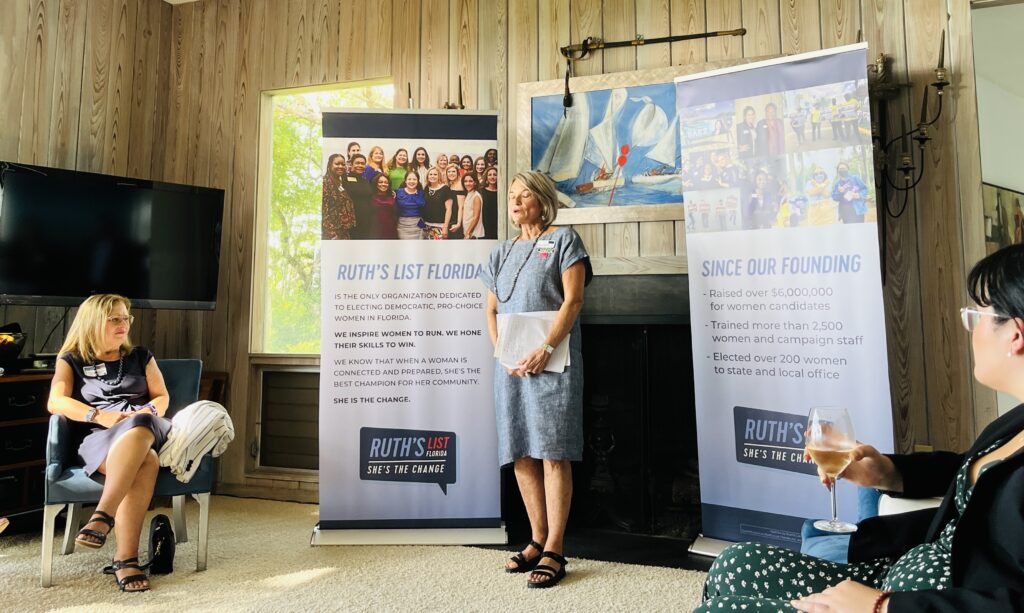