Washington Post – Today, Ketanji Brown Jackson made history Thursday, becoming the first Black woman to join the U.S. Supreme Court. Jackson was sworn in during a ceremony at the court, just minutes after Justice Stephen G. Breyer made his retirement official. President Biden’s nominee was confirmed by the Senate in April but has been waiting for Breyer to conclude his tenure. 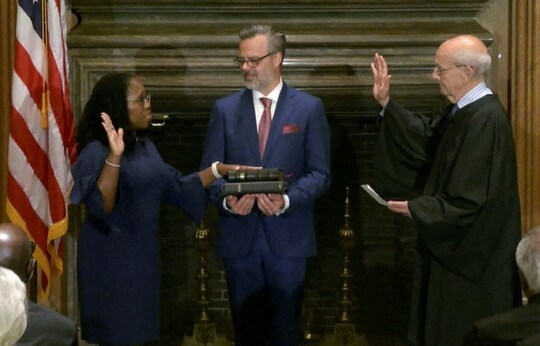