A former Ohio sheriff’s major said she was fired by her former boss because she’s a lesbian. Now she’s the new sheriff in town.

Charmaine McGuffey defeated Bruce Hoffbauer Tuesday night to become the next sheriff of Hamilton County. McGuffey ended the night four points ahead of Hoffbauer with 99 percent of the county’s votes tallied.

The Democrat was the first female commander at the sheriff’s office. She now becomes the first openly gay sheriff in the county’s history.

McGuffey was fired by Sheriff Jim Neil in 2017 following the internal investigation into complaints McGuffey created a hostile work environment. McGuffey was offered a civilian position with the sheriff’s office but refused.

McGuffey sued the sheriff’s department. She also said some within the department did not like that she is an openly gay woman.

McGuffey defeated the current Sheriff Jim Neil with 70% of the vote in the Ohio Democratic primary. 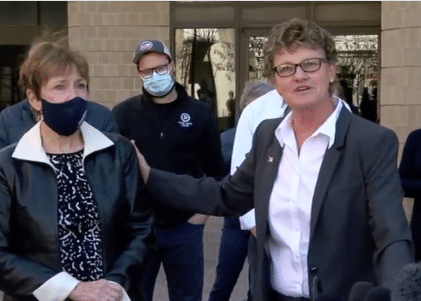