In an outdoor announcement in snowy Minneapolis, Senator Amy Klobuchar announced today that she is running for president of the United States in the Democratic primary in 2020.

“We are tired of the shutdowns and the showdowns, the gridlock and the grandstanding,” Klobuchar said in a speech to supporters. “Our nation must be governed not from chaos but from opportunity. Not by wallowing over what’s wrong, but by marching inexorably toward what’s right.”

Klobuchar used the nearby Mississippi River as a symbol for her “homegrown,” heartland campaign, and she has prepared a playbook for 2020 focusing on the type of Midwestern voters who have abandoned the Democratic Party — though not Klobuchar herself — in recent years. Klobuchar was reelected to a third term in 2018 with more than 60 percent of the vote, winning 42 counties Trump had carried two years earlier. 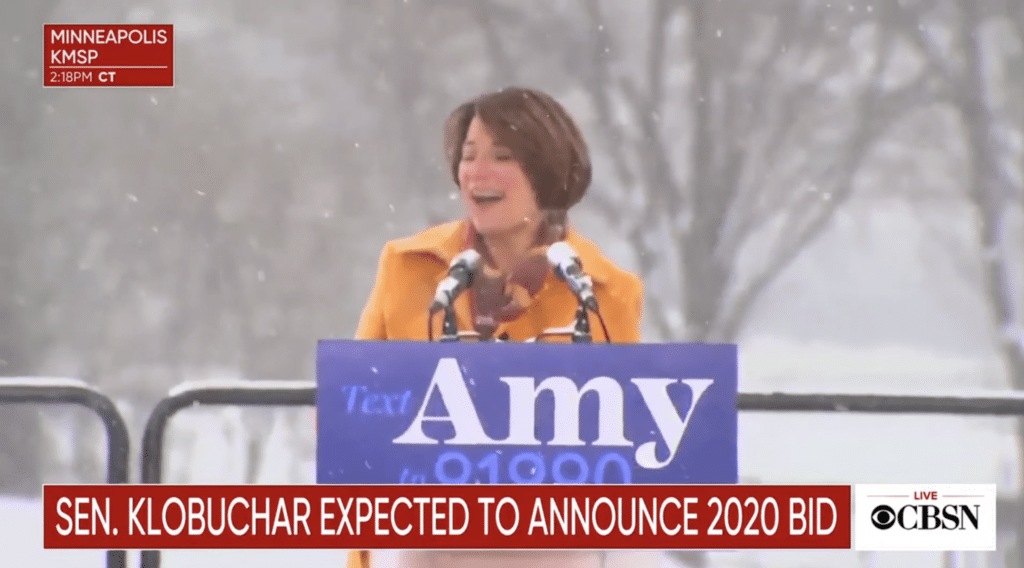