If the former state House minority leader wins the general election in November, she’ll become the first black woman governor in the U.S.

Abrams got a last-minute boost with an endorsement — in the form of a 60-second robo-call — from Hillary Clinton.

In the ballroom of a downtown Atlanta hotel, Abrams supporters trickled in to a soundtrack of R&B and hip hop songs.

Two young women — one black and one white and both wearing shirts reading “Elect Black Women” — huddled over a table talking and laughing as Rihanna’s “Diamonds” played in the background. People mingled and sipped drinks as a slideshow of images of Abrams and a diverse collection of supporters played on two large screens in the front of the room. 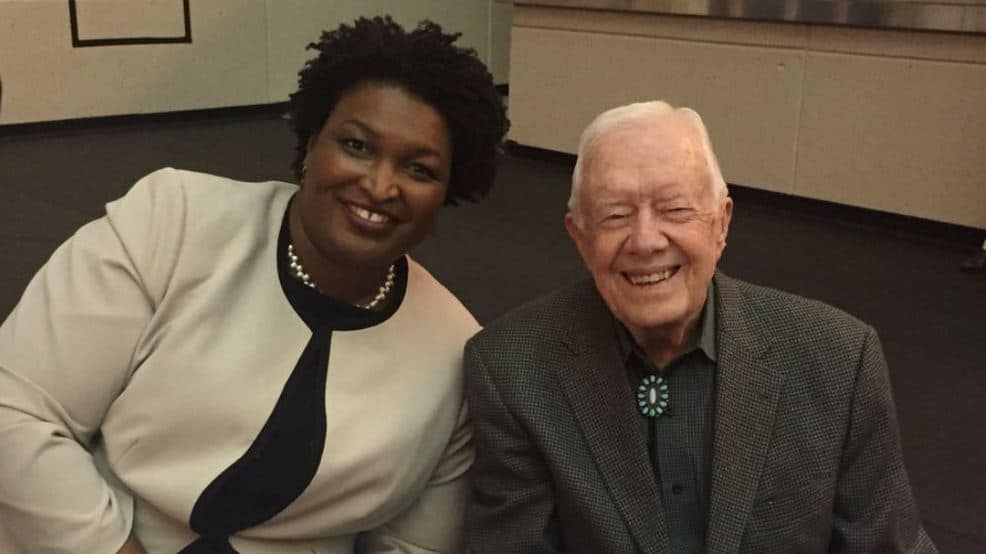