We have a woman!

By Kathy Groob, Founder ElectWomen – It has been a long journey and a team effort. I feel proud and so emotional this morning relishing this historic moment. Most of all I want to say thank you to all the women who have sacrificed, worked, given money, and taken one for the team to make this finally happen. A woman is on the ballot for president this November. And she’s a great Democratic woman.

The credit goes not only to all the woman leaders and their organizations who have made electing a woman president their top priority. The credit goes to Hillary Clinton, who has endured ridicule, scrutiny, lies about her character and public humiliation. She has stood strong, never wavering in her commitment and perseverance.

The world watched while Hillary Clinton gave a gracious concession speech in 2008, and went on to serve President Obama and our country with loyalty, competence and dignity that became so apparent during her time as Secretary of State. The global arena is a complex stage that she navigated with skill.

The ugliness of politics will continue and the fight for victory in November will be hard. I am inspired to stand shoulder to shoulder through the ups and downs of the next few months with our nominee. We have history on our side and a candidate who is tough and is one of us. We have a woman! 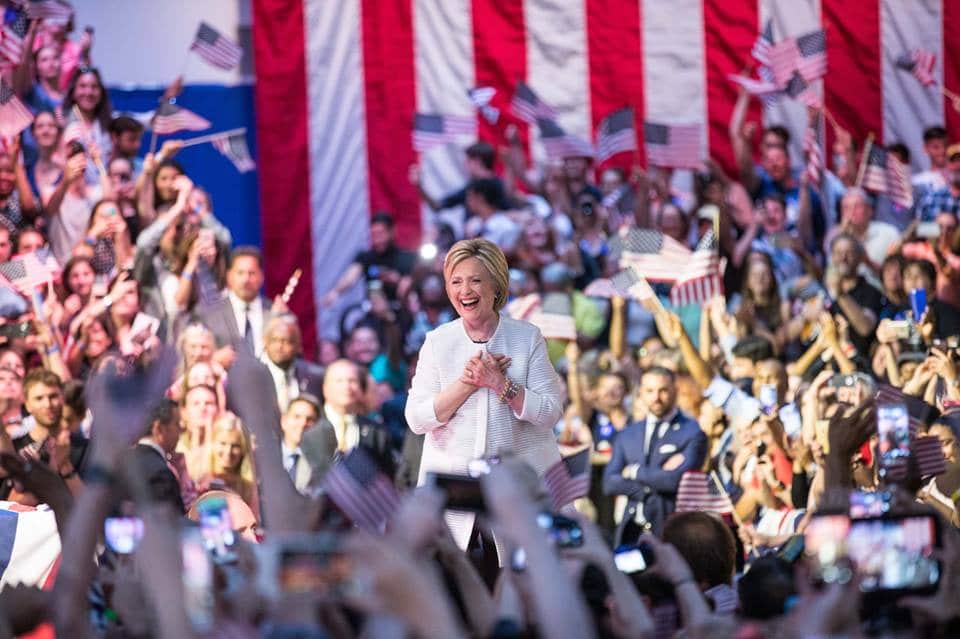