Join The Women’s Fund for A Conversation with Olympia Snowe

Program featuring a 45-minute keynote by Olympia Snowe, followed by a one-on-one interview with Senator Snowe conducted by Verna Williams, professor of law at the University of Cincinnati

To purchase tickets, you will be redirected to the Carnegie’s ticketing system. Please note: a $3 processing fee will be added to each ticket.

Host and hostess tickets: $250 each/$500 for two – Limited quantity available

At this exclusive ticket level, we’ll list your name in the program, you’ll receive special seating, an invitation to the VIP Reception after the speech and a signed copy of Olympia Snowe’s book, Fighting for Common Ground.

Olympia Snowe’s dedicated work for over three decades has garnered her nationwide recognition as a leading policymaker in Washington.

Often saying she’s been a minority within a minority within a minority as a moderate Republican woman who’s served in the U.S. House and U.S. Senate, Senator Olympia Snowe is no stranger to challenges in life, both political and personal. She lost both her parents before the age of 10 and she realized early in life that there are two choices: either become overwhelmed by tragedies, or view them as temporary and not permanent. It’s a lesson that re-emerged in her mid-20’s when her first husband, who was serving in the Maine Legislature at the time, was killed in a car accident – and she came to the conclusion that she would run to fill his seat. These losses helped to crystallize the importance of women’s issues as she asked herself, “What do other women do, especially women with children?”

Long respected internationally as a voice of reason and thoughtful, pragmatic legislating, Senator Olympia Snowe stunned political observers when she announced she wasn’t running for a fourth term in the Senate. The reaction was seismic and virtually universal, since few voluntarily relinquish one of just 100 seats in the United States Senate. Yet, she was giving up her life’s work, because the excessive political polarization in Washington was preventing solutions at a time of monumental challenges for our nation. Her statement that she no longer believed that government could be changed from the inside affirmed the feeling of millions of Americans that the system has gone seriously awry – and is at a tipping point for the very future of our country.

Having witnessed government’s greatest potential as well as its capacity for dysfunction, no one is more adept at explaining what’s gone wrong and illustrating why it doesn’t have to be this way. As a key participant in every major issue of the past decade and beyond, few can speak with greater firsthand knowledge as to how policy-making has virtually been abandoned as a matter of practice in our government, and has now devolved into a series of gotcha votes for political leverage. But as Senator Snowe made clear, she was not leaving the Senate because she ceased believing in its power, or because she no longer loved the institution — but precisely because she does.

Drawing on a remarkable 34 years of experience in Washington, Senator Snowe offers audiences a rare glimpse into how she and other women in the House and Senate have been able to combine forces regardless of their party labels, to overcome hurdles and make a difference for women. She brings a unique perspective on how women can succeed and contribute even in one of the most exclusive, male-dominated institutions – and how their contributions and collaborations in Congress actually offer a template for making government work again. At the same time, her entire life’s story is an incredible and inspiring testament to the fact that any obstacle in any sphere of life can be overcome – and truly anything is possible.

Senator Snowe recently penned a powerful op-ed in the Los Angeles Times called “This is no way to run a country.”

via A Conversation with Olympia Snowe – The Women’s Fund of The Greater Cincinnati Foundation. 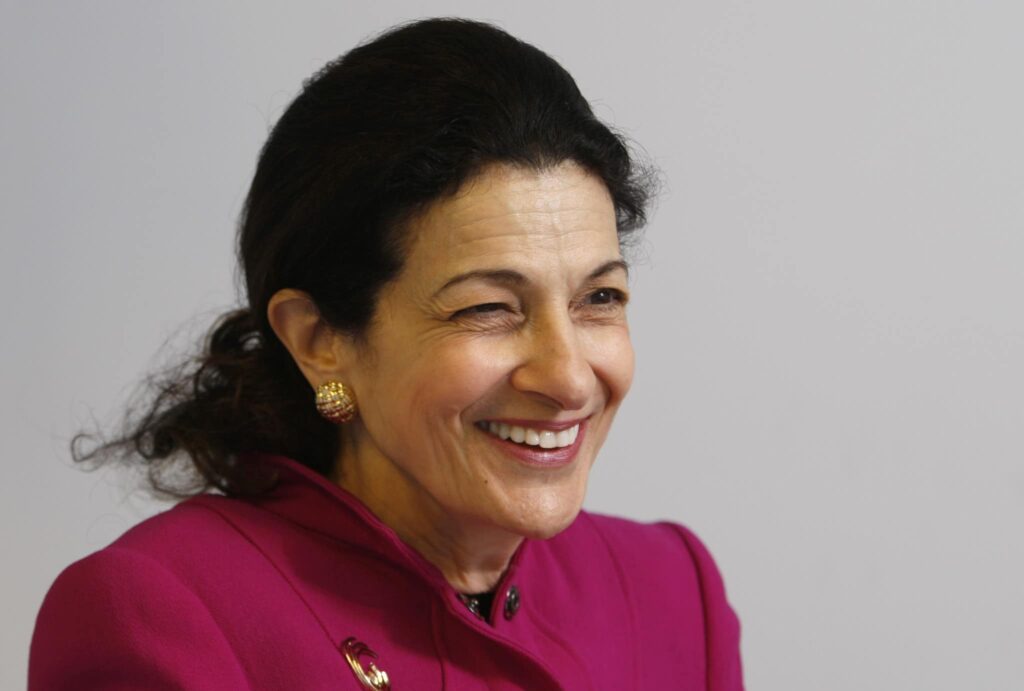