Hillary Clinton all but running

By MAGGIE HABERMAN and JOHN F. HARRIS – POLITICO -Dismissive sighs, weary eye-rolls, mocking rejoinders: these have been the favored tactics of Hillary Rodham Clinton’s team of aides and allies when confronted with questions about the state of her thinking on whether to run for president again in 2016.

The message to reporters and the Washington political class is clear: you guys need to give it a rest.

And the explanation, at least when she first returned to private life last winter, seemed plausible enough: After years of nonstop work as first lady, senator, presidential candidate and globe-trotting secretary of state, she was entitled to a good long rest, to some semblance of a normal life, and to a holiday from hyperventilating speculation about a presidential election that is still years in the future.

But the notion that Hillary Clinton was embracing anything like a sedate life — or taking more than a momentary pause from increasingly obvious preparations for a presidential run — turned out to be, in the phrase Bill Clinton once turned on Barack Obama, a fairy tale.

The shift from coyness to a likely pursuit of long-held ambitions has played out in public. She’s been traveling constantly for speeches, both paid and free. She spoke out in support of a military strike in Syria. She’s reaching out to candidates in the New York City mayoral race and is hosting two fundraisers for friend Terry McAuliffe in his Virginia gubernatorial race. She has started granting media interviews.

In private, according to Clinton sources, the shift is even more pronounced. While Clinton has not made an emphatic final decision to run for president, some internal conversations within her orbit are now premised on the assumption that she is likely to run, several sources said, and that many important decisions about her schedule and her profile on prominent issues are being made with this goal in mind.

via Hillary Clinton all but running – Maggie Haberman and John F. Harris – POLITICO.com. 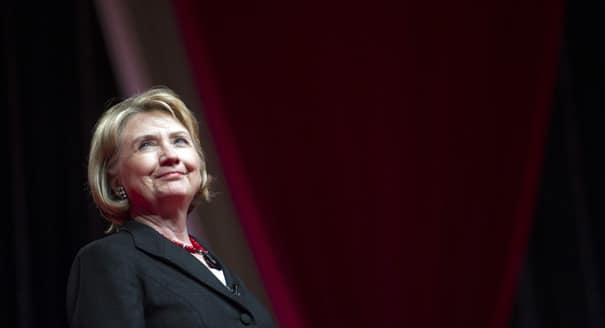