MSNBC –  Former Secretary of State Hillary Clinton on Monday signaled a preview to an anticipated 2016 presidential run in the first of what will be a series of political speeches this fall covering the topical issues of voting rights and national security.

Speaking at the American Bar Association’s annual meeting in San Francisco, Clinton, who is seen as the frontrunner for the 2016 Democratic presidential nomination, said she plans to speak in September about the “balance and transparency necessary in our national security policies,” then later in the fall “will address implications on these issues for [America’s] global leadership and moral standing around the world.”

Seven months out since she left her post at the State Department, Clinton’s political rhetoric turned partisan on Monday as she criticized the Supreme Court’s ruling on the Voting Rights Act earlier this summer, and the efforts by many around the country to block voting rights.

“Not every obstacle is related to race, but anyone who says that racial discrimination is no longer a problem in American elections must not be paying attention,” Clinton said. She addressed the recent actions in Texas and in Florida to make voting harder for minority and youth voters.

Clinton also singled out North Carolina’s latest elections bill, signed into law Monday by Gov. Pat McCrory, which she referred to as containing the “greatest hits of voter suppression.” 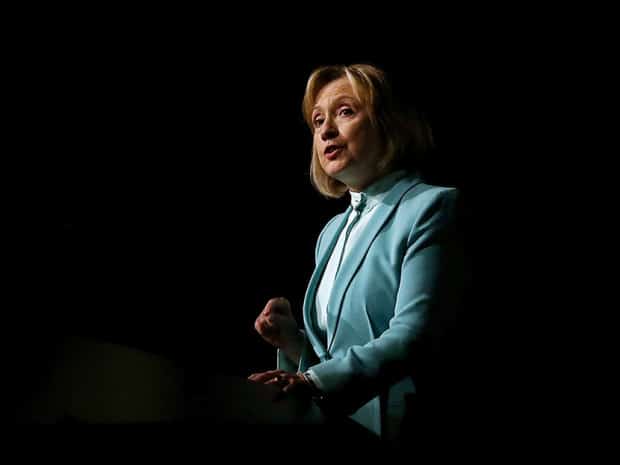