By EMILY SCHULTHEIS for POLITICO – Ask around about EMILY’s List President Stephanie Schriock and two things become clear: She delivers results and isn’t afraid to knock heads in the process.

In the three years since she took the helm of the group that works to elect Democratic women, Schriock has grown its membership five-fold while helping to bring a record number of women to Congress in 2012. Combined with her earlier work to elect Sens. Al Franken and Jon Tester in a pair of challenging states for Democrats, Schriock has established herself as an A-list operative — one who’s expected play a significant role in the 2014 midterms and perhaps in 2016, for Hillary Clinton or another candidate.

via The force behind EMILY’s List – Emily Schultheis – POLITICO.com. 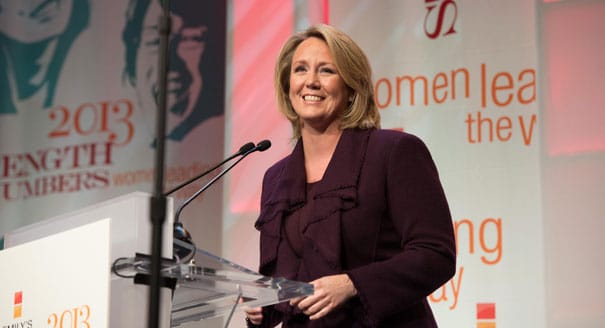