By AMY CHOZICK, New York Times – Just a few months after leaving the State Department, Hillary Rodham Clinton has plunged into the lucrative world of paid speechmaking, joining a branch of the family business that has brought the Clintons more than $100 million since her husband left the White House in 2001.

For about $200,000, Mrs. Clinton will offer pithy reflections and Mitch Albom-style lessons from her time as the nation’s top diplomat. (“Leadership is a team sport.” “You can’t win if you don’t show up.” “A whisper can be louder than a shout.”)

She sticks around for handshakes and picture-taking, but the cost of travel, and whether a private jet is provided, must be negotiated as part of her fee.

The $200,000 she commands appears to be comparable to what Bill Clinton receives for speeches delivered in this country, though Mr. Clinton — who earned $17 million from speeches last year — has collected much more outside the United States, including the $700,000 he was paid when he spoke to a company in Lagos, Nigeria.

Convention organizers are eager to pay Mrs. Clinton, and, since leaving office in February, she has embarked on a packed schedule of events for groups like the American Society of Travel Agents and the National Association of Realtors.

But joining what is known in Washington as the buckraking circuit carries risks for Mrs. Clinton, who prides herself on a long career in public office and could be diminished by the free-flowing money as she considers a run for president in 2016.

The senators who may face off against her in three years are barred from taking such honorariums. Past presidential candidates, including former Gov. Mike Huckabee of Arkansas, have drawn scrutiny for the practice; Mr. Huckabee memorably left the presidential campaign trail in 2008 to deliver an address in the Cayman Islands. “I’m not independently wealthy,” Mr. Huckabee said at the time. “I wish I was. I have to make a living.” 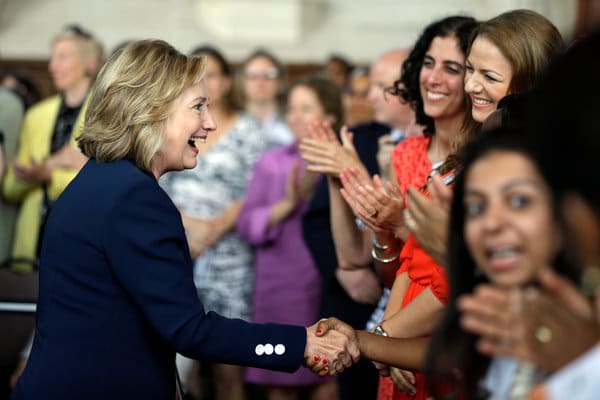