After years of holding out, @HillaryClinton is in fact the former first lady turned Secretary of State.

The “TBD” will undoubtedly be getting some attention as it feeds into to the  speculation about whether she will run for president.

Rumors began swirling this morning that Clinton could finally embrace the twitterverse. Why? Because her first two followers were none other than @BillClinton and @ChelseaClinton.

It wasn’t long before Clinton had amassed thousands of followers.

Her playful avatar, an image that spawned a popular “Texts from Hillary” meme, suggested that Clinton intends to have some fun with the new platform.

In her first tweet she nodded to “Texts from Hillary” founders Adam Smith and Stacy Lambe: 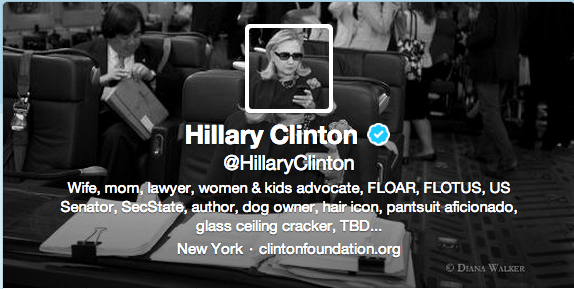