The end of hands-off-Hillary Clinton

By GLENN THRUSH and MAGGIE HABERMAN, POLITICO – Wednesday’s hearing on Benghazi raised many questions — but provided at least one answer:

Republicans now seem willing to cast the State Department response to the Sept. 11, 2012 attack in Libya as a referendum on Hillary Rodham Clinton’s fitness to lead the country — and are abandoning a long-held hands-off-Hillary strategy rooted in her popularity with women of all races, ages and political stripes.

Clinton’s name was invoked over and over during the hearing (a blogger for Foreign Policy counted 32 mentions), with the committee airing testimony from department officials that she failed to sign off on efforts to rescue Ambassador Chris Stevens and two aides, a minute-by-minute exploration of her involvement — including a 2 a.m. phone call that echoed her famous “3 a.m.” ad in 2008 — and reported efforts by Clinton’s most trusted aide, Cheryl Mills, to dissuade State Department staff from briefing a Rep. Jason Chaffetz (R-Utah), a conservative firebrand known for his love of publicity.

“The testimony also called into question why Secretary Clinton’s response to the attack was so different than the reports she received directly from those on the ground.”

via The end of hands-off-Hillary Clinton – Glenn Thrush and Maggie Haberman – POLITICO.com. 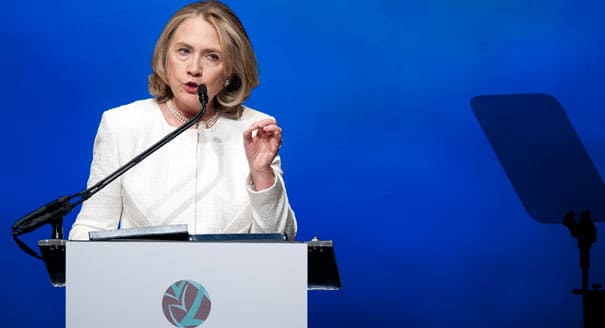