New York is for Women

By Kathy Groob, Founder ElectWomen.com – During a recent trip to the Big Apple where I attended a week’s worth of events supporting women in politics and leadership, I discovered the secret to their success—other women.   Women’s organizations and women-driven political action committees that engage in activities to encourage and support women who run for local office are plentiful in New York.

City Councilor Christine Quinn is poised to become the first female mayor of New York City and out of 51 elected members representing the city’s five boroughs, 18 are women.  As one women’s activist told me, “It’s very common to see women running for office in New York City.”

I saw it for myself. Felt the energy of the largest city in America, advocating for women’s issues and women candidates.  After all, New York City is ground zero for the feminist movement; home to Gloria Steinem, Marie Wilson and the late Betty Friedan and the National Organization for Women has been active in New York since 1966.  I met NOW president Terry O’Neill at a fundraising event for The Women’s Campaign Fund.

And who can forget the wonderful Shirley Chisholm, the first African-American woman elected to Congress and the first major-party candidate of color for president?  She was from New York City.  And there was Congresswoman Bella Abzug, the larger-than-life Congresswoman who was a leader in the women’s movement. Also from New York.

I had to opportunity to meet and mingle with members of Eleanor’s Legacy. Since 2001 Eleanor’s Legacy has been training and supporting pro-choice Democratic women candidates. Executive Director Brett McSweeney describes the overall mission of the organization to “de-mystify the political process for women.” I attended an Eleanor’s Legacy reception of 100 women featuring Senator Chuck Schumer’s wife Iris Weinshall, Vice Chancellor of SUNY.

Among the oldest women’s organizations in New York City is the Women’s City Club of New York founded in 1915.  Headed by Taina Bien-Aimé, the organization advocates for women and influencing public policy. The group will host a mayoral candidate forum on May 7th.

Most people think of the League of Women Voters as the group that sponsors candidate debates.  Especially active in New York with 350 members, The New York City League of Women Voters was founded in 1919 to encourage women to go to the polls once they were granted the right to vote.  League Co-Presidents Mary Lou Urban and Mary Jenkins provide guidance and information to prospective candidates and advocate, along with their board and volunteers, for fair elections.

Throughout the years, the non-partisan League has become involved in civil rights issues, campaign finance, pay equality for women, as well as the environment and women’s reproductive rights.  A new hydrofracking committee has been formed to research the issue and provide information to the League’s members throughout the state to determine the impact upon the environment and consequences for citizens.

“We are a multi-issue organization involved in the electoral process, publishing a voter guide and offering training on how to become a candidate,” said Mary Jenkins.

A Washington D.C. based pro-choice organization has an active chapter in New York. The Women’s Information Network-NYC is engaging younger women in the political arena with its professional networking and social programs. Two dynamic women, Monica Foskett and Heidi Overbeck, are involved in leadership roles to empower more young women to step into the political process.

During my speaking event sponsored by WIN-NYC, I met an impressive individual who is heading an initiative called Feminine Peace, to achieve political parity for women across the globe, and is lobbying the United Nations for a resolution supporting more women in public office.

I spent some time with author, speaker and New York City resident Gloria Feldt who has launched a new program titled Take the Lead.  Gloria teaches women to embrace their strength and to seek power.  She is starting the program with a series of webinars and speaking events.

And then there’s U.S. Senator Kirsten Gillibrand (D-New York) who is heading a national effort to elect more women to political positions through her Off The Sidelines initiative.  Gillibrand understands that most women did not grow up in a political family like she did, so she is working to get women to become in their communities and in politics.

With these and other organizations striving to engage more women in politics, New York should be leading the pack, right?  Wrong.  In fact, New York State is near the bottom in terms of their ranking among state legislatures for women serving in office.  New York ranks 32nd in the United States with just 21.6% women among their general assembly members. Of its 29 members in Congress, just eight are women.

New York women are in a far better position than women in most states across the country because of their location and access to organizations and supporters of causes for women.  It’s time for New York women to take their rightful place at the top of the list.

P.S.  I ended my week by seeing ANN, the fabulous one-woman play depicting the life of the great Ann Richards, former outspoken governor of Texas.  Holland Taylor was outstanding in the role and I felt I was seeing the grand dame herself on the stage.  You must see it if you are in New York.  It was a perfect ending to a wonderful week in New York!

Data courtesy of The Center for American Women and Politics at Rutgers University. 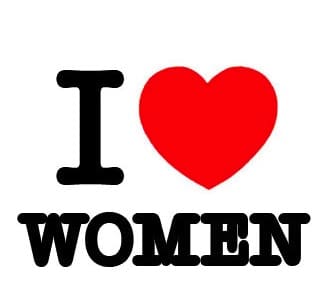