The minute-and-a-half video posted on the PAC’s website splices testimony on Wednesday from Gregory Hicks, the former deputy chief of Mission in Tripoli, with Clinton’s words and news clips.

Clinton is shown testifying in the U.S. Senate on Jan 23., saying, “was it because of a protest or guys out for a walk who decided they’d kill some Americans. What difference at this point does it make?”

The narrator then says: “The difference is a cover-up and four American lives that deserve the truth.”

The video is not being aired on television, but could be a template for 2016 attacks against Clinton if she decides to run for president.

It was posted the same day that ABC News released the 12 versions of the now-discredited CIA Benghazi talking points. They show revisions from the State Department, including one email from spokeswoman Victoria Nuland requesting a paragraph deletion referencing previous attacks against foreign interests in Benghazi. She said the passage, “could be abused by members [of Congress] to beat up the State Department for not paying attention to warnings, so why would we want to feed that either? Concerned .”

The paragraph was deleted. 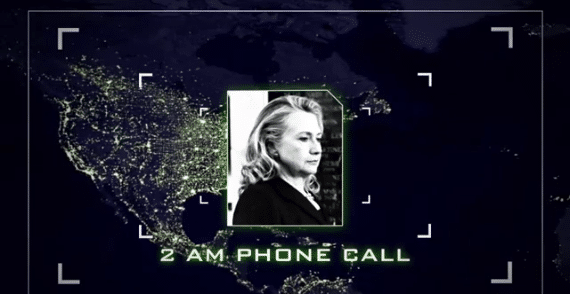