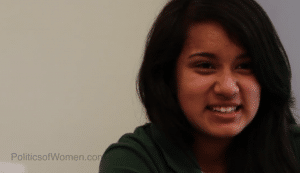 The Politics of Women is a full length documentary for television broadcast that is searching for the next generation of female leaders in the U.S. and asks the questions, “would the politics of women change if more women were elected as our country’s legislative leaders and if so, then why don’t more women want to run for political office?” Interviews and filming are currently underway for the project directed and produced by Kiley Lane.

To get closer to these answers we will explore the past and present of women in politics,” says Kiley Lane. “We will compare and contrast the cultural, biological and neurological reasons most women and girls don’t strive for political prestige.  We will investigate the current political climate and the issues that are affecting our country most.   We will find and profile the next generation of female leaders, current women running for election and the organizations, after school programs and individuals hoping to help improve political gender equality.  Studies show that women lead differently than men. Women tend to focus on policies that focus on domestic issues and they typically put women and families first, but although women have made major advances across every sector of business, they still shy away from one of the most important jobs in our country.  the Politics of Women is prepared to answer why women don’t run for office and predict if change is on the horizon because we believe, our country depends on it.” 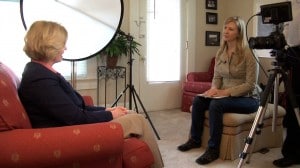 Interviews include both women and men who have run for office, been elected, directed women’s organizations and offered research and consulting for women in politics.  ElectWomen Magazine publisher and founder Kathy Groob, was interviewed for the film.

*This documentary is the first in a proposed series:  the NEW FACE of FEMINISM.