The Boys Club No Match for Miriam Martinez 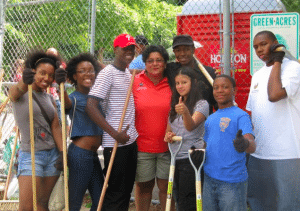 By Kathy Groob, Publisher – She’s fought obstacles before and won.  To Miriam Martinez, it’s always been a man’s world in her chosen profession, law enforcement.  In her race for Sheriff of Mercer County New Jersey, Martinez has faced roadblocks, but is forging ahead towards her November 8th election.  “I have 25 years in law enforcement and know that I can be the leader our sheriff’s department needs,” said Martinez.

If elected, Miriam Martinez would be the first woman to hold the office of sheriff and she was the first Latina woman to serve as an officer in the Sheriff’s Department.  “I wanted to help people and looked up to police officers,” said Martinez.  “I am the only one in my family who is in law enforcement and have loved it for 25 years.” Inspired by the hard work of her mother who raised five children alone, Martinez has done extensive work with women and victims of domestic violence. 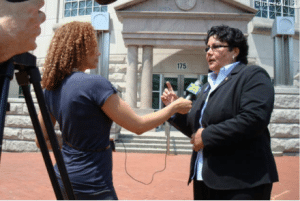 “I want to make big changes in the department,” said Martinez.  “We need to put more officers back on the streets.”  Boots on the Streets is her campaign slogan for what she will do if elected and it is how she is running her campaign.  With a budget of less than $20,000, Martinez is using grassroots and door-to-door efforts to reach voters with her message of change.

Martinez up against an entrenched Democratic Party operation but believes voters will support her.  “I’m a lifelong Democrat but chose to run as an Independent because I want to give this seat to the people; keep partisan politics out of it.  I think people will vote for the candidate that can do the job the best and I know I am that person.  Also, people need to see diversity in office,” said Martinez. 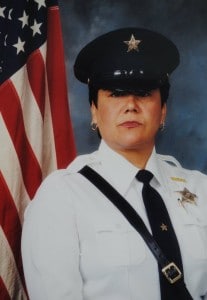 Miriam Martinez faced a barrage of opposition in the beginning of her race with dirty tactics that included false claims and smears upon her record.  A restraining order was even filed by someone accusing Martinez of harassment and she was accused of wiretapping. Martinez strongly asserts that all the claims are false and are being fabricated to hurt her chances in the election.

“I know I am up against a party machine and corruption but it doesn’t scare me,” said Martinez.  “ I can win this by speaking to people, going door to door, attending a lot of meetings and a lot of hard work.  I’m also building partnerships with the schools, counselors and civic organizations.  That is how I will work when elected and I will protect the citizens with the sheriff’s department.”