Leadership Paves the Way for Accomplishment 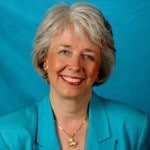 Crit Luallen is Kentucky’s State Auditor and the only female statewide, constitutional officer.

Four years ago when I ran for state auditor, I learned a lot about what it takes to run for political office and the amount of leadership and courage you need.  Being elected Auditor was my first elective office after working with 6 governors in jobs that ranged from the bottom to top levels of government.

As a woman, I feel fortunate when I look back over my career. And I believe one important aspect for me personally was growing up with five brothers. It never occurred to me I couldn’t do everything they could do.

Leadership means having the drive and determination to succeed. I made a decision early on I would approach every opportunity with the thought that I would give every job all that I could give and to build on every experience. That has been my approach over the years and a strong factor in any successes I’ve had.

When I think about what contributed to my opportunities and what helped sculpt me, I have to say the most important influences were key individuals along the way who gave me support, encouragement and opened doors for me.  Without them I would not have made it to the next step.

The first key influence for me was Wendell Ford who was a mentor to all of the young people drawn to his Senate campaign in 1974. When I joined her gubernatorial campaign, Martha Layne Collins taught me what it takes to be a strong woman in a political arena dominated by males.  Kentucky’s only female governor and when she ran in 1983, no one in the political establishment gave her a chance to win.

Later it was George Gill, publisher of the Louisville Courier-Journal, who hired me as the first staff person for a regional economic development initiative in Louisville.

No matter how much education we have or how sharp our leadership skills are, it is individual relationships and building  credibility and respect with others that form the foundation for successful leadership.  The same can be said for the values you have and display as a leader.

You can have the finest leadership education money can buy but the core values you exhibit and adhere to as a leader cannot be taught. This type of moral compass comes from the inside, and is something we all must strive for as leaders. Leaders must apply a set of values and beliefs to our daily mission so that we hold ourselves to a high standard, the same level the public and our co-workers hold us to.

Look back over history at the various leaders who failed us compared to the ones who kept their promises to us. The ones who strayed clearly didn’t adhere to a set of core values to support their leadership skills, so they faltered.  It’s been my experience that when leaders with vision and values step forward great things can, and do, happen.

It was a similar set of beliefs that helped me consider a career in government. I made the decision to run for public office because of my passion for Kentucky and its future.

For Kentucky and our country to confront its challenges successfully we must have leaders at every level with competence, leaders with integrity, and leaders with vision.  And we need leaders who are grounded in strong personal values.  It is vital that we begin to engage more women in the political process.

And you are those leaders.  We need your talent, your energy, and your commitment to help move us forward. I hope you will consider how you can contribute to this goal and to building a better future for our people.